How to Craft the Perfect Budget 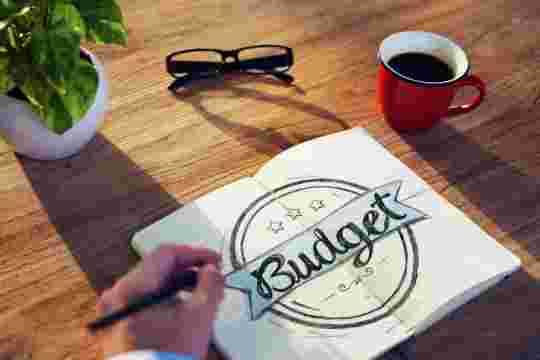 Start the new year off right by taking a critical look at how you spend your money.

Experts map out how to get your budget back on the right track.

If you’re feeling stressed and anxious, here’s one way to cure that: Get your budget back on track. A budget that works can work wonders for your mental health.

But that’s easier said than done if you’re constantly grappling with debt and living paycheck to paycheck. If you’re wondering where to start and how to achieve budgeting nirvana, here’s a road map from the experts.

A crash course in budgeting. Pull out the calculator, a tablet (paper or digital) and several old bank statements. Then do some math.

“The biggest hurdle for people attempting to live on a budget is actually identifying every single category where income is consumed. Oftentimes this can be frustrating and – let’s be honest – some individuals can’t train themselves to track every penny,” says Jake Loescher, a financial advisor with Savant Capital Management, headquartered in Rockford, Illinois.

Loescher says your main goal is to obviously “spend less than you make,” and that the simplest way to budget is to do four things:

2. Subtract savings for retirement, emergencies and other goals like your child’s college education. (Some cash-strapped people may be rolling their eyes – put money in an emergency fund before paying the electric bill? But just about every financial expert will tell you to pay yourself first. If you don’t, you probably won’t do it at all.)

3. Subtract the amount you have to spend every month on your mortgage, utilities, gas, food and debt.

4. According to Loescher, “That equals how much you can spend on everything else.”

What your budget should look like. It can be hard to come up with an exact amount you should spend on food, housing and other items on your budget because everybody’s situation and cost of living is different.

But the bottom line is that the more money that goes toward housing or any particular category, the less money you have for everything else. So if you’re curious if you’re spending more than most experts recommend, here are some rules of thumb for the main areas of a budget.

Housing and utilities. According to the Bureau of Labor Statistics, most single people spent 36 percent of their take-home pay on housing-related expenses (including utilities) in 2014, the most recent data available. If you were married in 2014 and both spouses worked, you probably spent 30 percent of your income. If you live in a big city like New York or San Francisco, where rent is insanely high, then all bets are off, and you may pay far more.

Transportation. According to the BLS, most people spend about 16 percent of their budget on car payments, gas and maintenance. If your car is paid off, you’re way ahead of the curve.

Strategies for better budgeting. So much of budgeting is simply being smart about money or using a clever strategy to pay your bills. Some approaches to consider include:

Using cash more. A lot of financial experts praise the idea of switching to a cash system. It may seem a little nuts if you like to pay bills online, but those who continually spend beyond their means might want to try this suggestion from Rita McGrath, a business professor at Columbia Business School in New York City.

“Trick your mind into thinking the money is already spent,” she says. “One way is to take your paycheck for the period in cash and then allocate the cash to things you want to be able to spend on in the future – savings, education, a future big purchase, whatever. Some folks use different envelopes to do this. Once the money is committed to those envelopes, you’ve already in effect spent it, so it just isn’t available for other purchases.”

Budget for random expenses. Are you throwing money into a pile for unexpected or unplanned expenses? Or expenses you know will occur but not when?

“I think the biggest reason that budgets fail is that people fail to properly plan for occasional but expected expenses such as personal grooming, pet care, birthday gifts and seasonal costs like the annual chimney sweep or HVAC tuneup,” says Kelley Long, a Chicago-based certified public accountant and financial planner.

“The monthly expenses that have a set due date and a relatively recurring amount are easy to budget for,” she adds.

Make your budget work for you. Maybe your spouse or another family member thinks you spend money on dumb or wasteful things, but if you’re budgeting for them and are otherwise doing OK, you probably aren’t being dumb or wasteful at all.

“Budgeting is a very personal and subjective endeavor. One size doesn’t fit all,” says Harlan Levinson, a certified public accountant in Los Angeles. “If you get a great deal of pleasure from $5 coffees, go for it.  But if you would enjoy a vacation more, then make coffee at home and put the $5 a day toward a vacation.”

Or maybe you get the coffee and you go on vacation, but you cut back somewhere else. The point is that what works for somebody else’s budget may not work for you. And that’s OK. In fact, one could argue that if you can get your budget under control and have your coffee and drink it, too – especially while on vacation – you’re doing more than OK.