12 Times When It Makes Sense to Hire a Tax Preparer 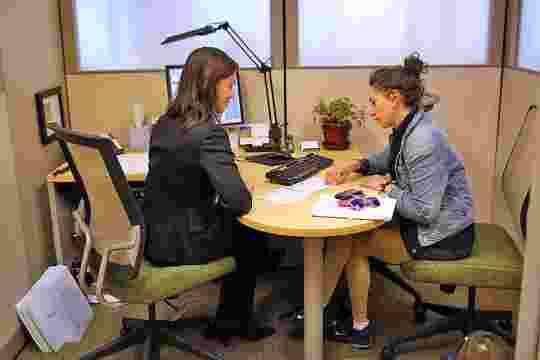 If you’ve started a new business, consider hiring a professional instead of self-preparing your taxes.

From fixing errors on recent returns to real estate questions, here’s when you may need help.

Tax season is upon us, and if you’re staring at a pile of unfamiliar forms that have you scratching your head, then it’s probably time to call in reinforcements. Approximately 60 percent of taxpayers turn to a tax professional to help prepare their return, according to the Internal Revenue Service.

If you’re in one of these situations and aren’t sure how it impacts your taxes, consider hiring a professional tax preparer or tax accountant so you don’t miss out on valuable deductions or make other mistakes that can trigger a bigger tax bill.

1. Mistakes on a previous tax return. If you find mistakes on a past year’s tax return and it’s within three years, a professional can help you file an amended return and minimize the damage. “We’ve had many times where a client comes in and says, ‘I think I did this wrong last year,'” Taibi says. "We go back and review the return, and if we think there are errors made, we would prepare that tax return for them,” she adds.

2. Marriage. Your marital status on Dec. 31 determines your status for that year’s tax filing. If you got married last year, a tax professional can advise you on adjusting your withholding amount and whether it’s more advantageous to file jointly or separately, based on your situation. “People think of the marriage penalty, but that’s not always the case,” says James Grimaldi, partner at accounting firm Citrin Cooperman. “If you have one spouse that has a large capital loss carryover and another spouse that has a large capital gain, getting married may be helpful,” he adds, pointing to the benefits of marriage bonuses, which allow couples to pay less in taxes by filing together.

3. Divorce. Those headed for divorce may want to consider filing separately so the IRS can’t pursue them for an ex-spouse’s unpaid tax liability during the three-year look-back period, Grimaldi says, noting that the IRS doesn’t take your divorce decree into account. A tax preparer could also help make sure that any alimony paid or received is properly reported.

4. Residency or employment in multiple states. Many people get confused by state income tax rules, Taibi says. If you moved states during the year, or if you work in a different state from where you reside, that can also create some tax wrinkles that a professional can help iron out. “Say you live in New Jersey and you work in New York. That’s a time when you need a professional to help you with your allocation of income. Say you’re a salesperson, but you also travel to other states. Not all of the income is taxed in New York because you’re not in New York a hundred percent of the time. There could be income allocation issues and also residency issues,” Grimaldi says.

5. Foreign assets. The IRS requires taxpayers to report foreign bank accounts and investments, as well as income and inheritances from overseas. “The world is getting a lot smaller,” Grimaldi says. “You may have an uncle in France who passed away and left you a brokerage account. Even if you’re not pulling money out of the account, you have to report the income and disclose the fact that you have these accounts,” he adds. An accountant can file the correct forms and properly calculate exchange rates.

6. Starting a small business. Many small business owners don’t consult a tax accountant until a few years into starting their business. However, your first-year tax elections can impact your business’s tax filings in future years, so it pays to start things on the right foot and grow from there, even if you’re a sole proprietor. “A lot of little things are out there like the sales tax rules,” says Paul Gevertzman, a partner in accounting firm Anchin, Block & Anchin. “Do they have to collect sales tax? What if they’re not collecting sales tax?” he asks.

7. Adoption. The IRS offers a tax credit of up to $13,400 per child for 2015 for eligible expenses related to adoption that is subject to income limits. Consult a tax professional early in the process to ensure that you’re documenting payments for eligible expenses and reporting them appropriately on your tax return.

8. Inheritance. Even if your inheritance is well below the federal estate tax exemption ($5.45 million for the 2016 tax year), it’s still a smart idea to confer with a tax professional. “If you inherit 500 shares from your grandmother, most likely the statements you’re getting would have her original cost basis on it, where you would need to be using a step-up in basis [where the cost basis is determined by the value at the time of inheritance, not the original value], so you aren’t getting hit with a large capital gain,” Taibi says. “Be cognizant of that or you would wind up overpaying your taxes.”

9. Death of a spouse. Spouses are exempt from federal estate taxes on assets from a deceased partner, but you may want to consult a professional about how the change in status could impact your tax strategy going forward.

10. Purchase or sale of real estate. Buying or selling a house can bring up questions about capital gains, deductions related to selling a home, the mortgage deduction and other issues. “For the sale of a house, if it’s your primary residence and you live in the house and own the house [for at least] two out of the last five years, you may qualify for a capital gains exclusion of a half million dollars if it’s a joint return,” Taibi says.

11. Caring for elderly parents. If you’re providing more than half of the financial support for an elderly parent, you may be able to claim your relative as a dependent. Or even if your parent is not a dependent, you still may be able to claim his or her medical expenses on your tax return. “You must pay directly to the [medical] provider to be able to take advantage of that,” Gevertzman says. A tax preparer can advise you on whether your parent qualifies as a dependent and how best to deduct their medical expenses, if applicable.

12. Paying for a grandchild’s college tuition. Grandparents can pay for a grandchild’s college tuition and fees without eating into their estate tax exemption. But, like deducting a parent’s medical expenses, you must pay the institution directly rather than giving the money to the grandchild. “Those are the kind of things that you need to know during the year when you’re paying [the university] as opposed to after the year,” Gevertzman says. “It may be too late if you’ve paid them incorrectly.”